The project How to Make An Art concerned the importance of expanding and enhancing one’s network as an artist. American artist Dakota Havard initiated the project at SEA Foundation to meet new people in the art field. Artists from all over the Netherlands were invited to be his guest for a day. From Groningen to Maastricht they were happy to come and participate. During eleven one-on-one meetings in Tilburg Dakota Havard acted as a host, inviting art-professionals he didn’t know into his home and studio. Together they spent the day talking, walking, painting, creating, working, eating and drinking. In doing so, they brought forth notes, paintings, shirts, sculptures, poems, scenarios, tokens and memories. A selection of the recordings, collections and outcomes were presented at SEA Foundation in the weekend of 17-19 May 2019.

How to Make An Art wasn’t result-oriented and wasn’t about productivity or benefit. Rather, Dakota Havard took on an experimental and personal approach, without expectations or a preconceived plan. He and his guest shared a day of their lives. Mutual trust, vulnerability and attention were immanent, because they took their artistic practices into the private and domestic sphere. This project can be seen in light of Jacques Derrida’s notion of hospitality, and Nicolas Bourriaud’s concept of relational aesthetics.

In Of Hospitality Jacques Derrida discusses the encounter with ‘the foreigner’ (l’étranger). He addresses questions that relate to: when is someone (classified as) a foreigner and who has the right and power to decide this? Derrida states someone can also be ‘like’ a foreigner, when they do not have the same understanding of jargon, principles or habits. In his words: “without speaking the same national language, someone can be less ‘foreign’ to me if he shares a culture with me” (Derrida, 2002, 133). L’étranger also translates to ‘stranger’, which aptly applies to How to Make An Art. The host and guest do not know each other, and yet they are intensively bound to each other for a day.

Aiming to define ‘foreign’ or ‘stranger’ comes with social, political and ethical implications. This extends to hospitality. Who has the right to hospitality and when? And, again, who makes the decisions? How to Make An Art originated from the conviction that we need to be welcoming towards each other and open to new – ‘strange’ or ‘foreign’ – experiences and ideas. Dakota Havard welcomed other artists in his studio and home. He moulded a safe and open space for them to work and “just be” in. In this project’s case, the host didn’t choose the guests himself. They were chosen for him, after which he sent personal hand-written invitations. This is an explicit case of Derrida’s declaration: “Let us say yes to who or what turns up” (Derrida, 2002, 77).

According to Jacques Derrida, when you open up your home to strangers, there is inevitably a power-relation involved. That is to say, hospitality starts with the ‘master of the home’ rendering the visitor permission to cross the threshold. This threshold is literal, but also metaphorical. Dan Bulley clarifies this, by stating that hospitality is a “spatial, relational practice with affective dimensions” (Bulley, 2015, 5). It is spatial, because it concerns going from an ‘outside’ to an ‘inside’. Moreover, it shapes a new space that depends on the relation between host and guest. The affective dimension gives this new space structure: matters of belonging, comfort, security and ease dictate the hospitality.

Since hospitality forms this new space, both host and guest are momentarily destabilised at first. This is where Jacques Derrida’s power-relation comes in. He argues that the guest is an ‘intruder’, making the host a ‘hostage’ in his own home. That is, when having visitors over, you behave differently – albeit unconsciously – than when you’re by yourself. Behavioural standards are involved. The guest has power, in the sense that if they were to behave rudely or violently, they defy the hospitality. They can make the host feel like a stranger in their own home. On the other hand, the host has the power to ‘control’ this behaviour, because the guest can be shown the door at any moment.

How to Make An Art has been a way to explore this interplay between host and guest, and to substantiate hospitality. The structure and approach of the project stood above the content; the outcome was subordinate to the process. As Dakota Havard states: “Sometimes content is not even created.” How to Make An Art revolved around encounters. Encounters between people, practices, ideas, customs and backgrounds. In doing so, it carried forward key points of Nicolas Bourriaud’s notion of ‘relational aesthetics’.

Nicolas Bourriaud discusses ‘relational art’, with which he means: “an art taking as its theoretical horizon the realm of human interactions and its social context, rather than the assertion of an independent and private symbolic space” (Bourriaud, 1998 [2002], 14). He wrote this in the context of art in the 1990s that revolved around audience participation. Respectively, his notion of ‘relational aesthetics’ regards evaluating artworks based on “inter-human relations which they represent, produce or prompt” (1998 [2002], 112).

In the case of How to Make An Art, the participatory aspect arose on two levels. To begin with, during the exhibition opening Dakota Havard made and shared homemade hotdogs. The participating artists proposed the audience to connect (to) the works. Secondly, Dakota Havard explains that he and the guest were each other’s audience. They participated in each other’s practices. Not only did the artists form relations, but the creations also received new layers of meaning when they were put in relation to each other and to the audience.

Relational aesthetics is based on the principle that the world consists of connections between people, rather than separate individuals. Everyone is part of a greater whole. For Nicolas Bourriaud, but also in How to Make An Art, “each particular artwork is a proposal to live in a shared world, and the work of every artist is a bundle of relations with the world, giving rise to other relations, and so on and so forth, ad infinitum” (1998 [2002], 22). The project truly was about forming these relations and opening up a space for hospitality. A space where the most unexpected – and therefore the most interesting – encounters, experiences and ideas could arise. 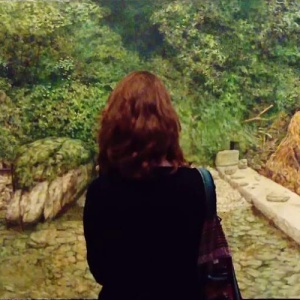